Welcome to my stop on the blog tour for And So It Begins by Rachel Abbott.

And So It Begins is published in eBook on 11th October and in hardback on 15th November 2018 by Wildfire. 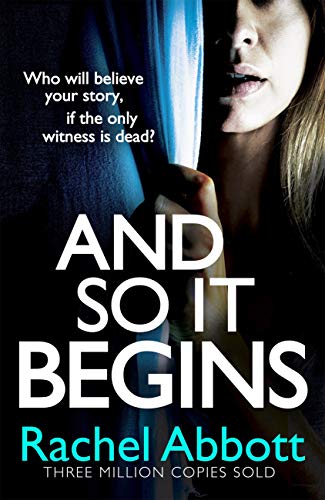 WHO WILL BELIEVE YOUR STORY IF THE ONLY WITNESS IS DEAD?

Cleo knows she should be happy for her brother Mark. He’s managed to find someone new after the sudden death of his first wife – but something about Evie just doesn’t feel right…

When Evie starts having accidents at home, her friends grow concerned. Could Mark be causing her injuries? Called out to their cliff-top house one night, Sergeant Stephanie King finds two bodies entangled on blood-drenched sheets.

Where does murder begin? When the knife is raised to strike, or before, at the first thought of violence? As the accused stands trial, the jury is forced to consider – is there ever a proper defence for murder?

Thank you to Anne Cater and the publisher for my review copy of the book and for inviting me to participate on the blog tour.

I actually received a copy of this book at the Harrogate Crime Festival and I was eager to read the authors new book (and with a new publisher). I’ve read quite a few of Rachel Abbotts books and they are always incredibly well written and very addictive.

It is safe to say that I was not disappointed with this one! I was enthralled from the first page and even when I turned the last page a day later, I had to re-read it to ensure that I took every single word in.

The first chapter is what every good author would like to have, in that it completely draws the reader in so that you are suitably hooked……The police are called out to a beautiful house on the cliffs where they discover two bodies entwined on the bed and covered in blood.

The chapters are told through the eyes of Evie, Mark’s partner, his sister Cleo and the policewoman investigating the crime, Sergeant Stephanie King. At first we are led to believe that it is a clear cut case as Evie has admitted to killing Mark but we aren’t really sure about why to begin with. Throughout the story we learn that things aren’t quite what they seem with Evie, both with her relationship with Mark and what she is telling the police. Through the chapters and from the police investigation we begin to learn more about her past and then the revelations come thick and fast!

The author has done a marvellous thing in making the characters not very likeable, yet you are still mesmerised by them. Cleo, Mark’s sister, is incredibly close to and almost controlling of her brother and we get the sense that she knows more than she is willing to admit.

Rachel Abbott has cleverly plotted out a fantastic thriller that will really mess with your emotions and make you feel dizzy with the twists and turns. I found myself again trying to second guess what I thought was happening only to be stunned by a plot twist that I hadn’t seen coming.

An excellent page turner that I think is going to be BIG news! 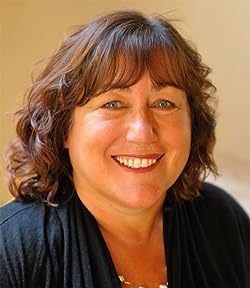 Rachel Abbott’s debut thriller, Only the Innocent, was an international bestseller, reaching the number one position in the Amazon charts both in the UK and US. This was followed by the number one bestselling novels The Back Road, Sleep Tight, Stranger Child, Nowhere Child (a short novel based on the characters from Stranger Child), Kill Me Again and The Sixth Window. Her most recent novel, Come a Little Closer, is available from February 2018.

Rachel’s novels have now been translated into over 20 languages and her books have sold over 3 million copies in the English language.

In 2015 Amazon celebrated the first five years of the Kindle in the UK, and announced that Rachel was the #1 bestselling independent author over the five-year period. She was also placed #14 in the chart of all authors. Stranger Child was the most borrowed novel for the Kindle in the first half of 2015.

Rachel splits her time between Alderney – a beautiful island off the coast of France – and the Le Marche region of Italy, where she is able to devote all her time to writing fiction. For more information, see Rachel’s website, or follow her on Twitter.