Welcome to my stop on the blog tour for The Key in the Lock by Beth Underdown.

The Key in the Lock was published on 13th January 2022 by Viking.

‘I still dream, every night, of Polneath on fire…’

By day, Ivy Boscawen mourns the loss of her son Tim in the Great War. But by night she mourns another boy – one whose death decades ago haunts her still.

For Ivy is sure that there is more to what happened all those years ago: the fire at the Great House, and the terrible events that came after. A truth she must uncover, if she is ever to be free.

A big thank you to Ellie Hudson and the publisher for issuing me with my review copy of the book and for inviting me onto the blog tour.

I really enjoyed this dark and gritty story by Beth Underdown which follows Ivy Boscawen as she mourns the tragic loss of her son Tim. Through the chapters we learn that Ivy is also mourning another loss, a loss that she has tried to forget.

The Key in the Lock is the perfect atmospheric book to read during the cold and dark winter months, which is exactly what I did. Set in 2 different periods, we learn about Ivy as a younger girl who lived with her doctor father and the night they were called to a house fire at the Great House that sadly resulted in the death of a seven year old boy.

Beth Underdown really sets up the mystery in the plot as you desperately try to learn more about the mysterious fire that seemed to have consumed Ivy’s life and I was eager to find out more by reading just one more chapter when I should really have been sleeping!

Ivy’s determination to find out what really happened that night is the core of the book. You can sense she really wants to know what happened but is also a little bit afraid of what she just might discover. The differences between young Ivy and the Ivy of 1918 are starkly different and you begin to wonder what secrets she is hiding or has kept hidden throughout the years.

A really enjoyable historical fiction that I couldn’t put down! 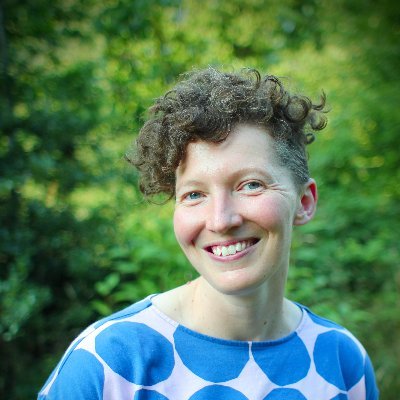 The Witchfinder’s Sister was her debut novel, and is based on the life of the 1640s witch finder Matthew Hopkins.

She first came across him while reading a book about seventeenth-century midwifery. As you do.

Welcome to my turn on the blog tour for Heartcross Castle by Christie Barlow.

Heartcross Castle was published on 31st December 2021 by One More Chapter.

When her grandfather Marley passes away Grace Power discovers she’s been left the beautiful but crumbling estate of Heartcross Castle. As a single mum of three, Grace has no idea what she’s going to do with it – but who can say no to a roof over their kids’ heads and a chance to get away from past hurts?

And a forever home

Heartcross Castle is full of secrets – especially a lost security deposit box that holds the truth to everything… But when celebrity chef Andrew Glossop sets his eyes on the castle and, to make matters worse, mistakes Grace as the new housekeeper, Grace tells him there is absolutely NO CHANCE he is getting his hands on her home.

Devastated to have got it so wrong, Andrew will do anything to make it up to her – but is she willing to listen?

A big thank you to Rachel at RaRa Resources and the publisher for issuing me with my review copy of the book and for inviting me to participate on the blog tour.

I have read a few of this lovely heartwarming series and I have to say that I think this is my favourite! As mentioned it is part of a series but I feel like it can be read as as a standalone as they author does mention characters from previous books.

Grace is the main character in this story and we learn early on that she leaves home at a young age. She was brought up by her grandfather Marley following the death of her mother and as she grows into her teen years, clashes with him which in turn sees her leaving home and Scotland. When we fast forward a number of years we find Grace a single mum of 3 boys and in a loveless and violent relationship. When she unexpectedly finds out that her grandfather has passed away, she takes the opportunity to escape her life and return home. Her real home.

I really liked Grace and rejoiced when she was finally able to make the break. Things definitely don’t run smoothly though as the home she once knew is now crumbling and in dire need of repair and money. It was really heartwarming to read just how loved and missed Grace was and that her friends don’t hesitate to help her which just shows the wonderful community for what is really is – a family. The castle itself and indeed Scotland sound absolutely wonderful and are described in such lovely vivid detail by the author that you can picture if clearly as you are reading.

This isn’t just your typical romance story though, it has some added plot twists featuring her family and secrets from the past that kept me reading and rooting for Grace and her lovely boys as they adapt to a completely new way of life.

A wonderful addition to the series that I couldn’t put down!

Christie Barlow is the number one international bestselling author of fifteen romantic comedies including the iconic Love Heart Lane Series, A Home at Honeysuckle Farm and Kitty’s Countryside Dream. She lives in a ramshackle cottage in a quaint village in the heart of Staffordshire with her four children and two dogs.

Her writing career has come as a lovely surprise when Christie decided to write a book to teach her children a valuable life lesson and show them that they are capable of achieving their dreams. Christie’s dream was to become a writer and the book she wrote to prove a point went on to become a #1 international bestseller in the UK, USA, Canada and Australia.

When Christie isn’t writing she co-presents The Book Show on Radio Northwich, enjoys playing the piano, is a keen gardener and loves to paint and upcycle furniture.

Christie is an ambassador for the @ZuriProject alongside Patron of the charity, Emmerdale’s Bhasker Patel. They raise money and awareness for communities in Uganda.

Welcome to my turn on the blog tour for One Step Too Far by Lisa Gardner.

One Step Too Far is published on 20th January 2022 by Century.

A young man disappears during a stag weekend in the woods. Years later, he’s still missing.

But his friends who were with him that day are still searching for him. Still hunting.

They hike deep into the wilderness.

With them is missing person specialist Frankie Elkin.

What they don’t know is that they are putting their own lives in terrifying danger, and may not come back alive…

A big thank you to Rachel Kennedy and the publisher for issuing me with my review copy of the book and for inviting me to participate on the blog tour.

After the success of her last case, we are back with Frankie Elkin in One Step Too Far which follows her as she joins the annual search for Tim O’Day who mysteriously disappeared 5 years previously on his camping stag weekend and has never been heard of since. His father leads the search every year along with the remaining members of the stag party who seem to have never recovered from the weekend which saw their friend disappear and their lives changed forever.

Tim was a seasoned camper and his father is determined to find out what really happened to his son. He has never given up hope and wants to bring him home so that his dying wife can finally bury her son. They grudgingly agree to Frankie coming along for the trip although still remain secretive.

I really enjoyed the first in the series, Before She Disappeared so I was really looking forward to reading about where Frankie would turn up next and in my opinion, One Step too Far is even better than the first! Frankie is a great character to have as your narrator. She isn’t perfect in any way and is still very much fighting the demons from her past but I really warm to her and her calling helping find closure for people that really need it.

One Step Too Far really keeps your head spinning and gripped to each page as the tension really leaps out at you especially considering they are out alone in the wilderness. I am not really a fan of camping and I think this may have made my mind up for me! Each character is immediately a suspect which had me second guessing a lot of the time. I ended up just going along for the ride and stopping trying to guess what I thought was happening. Suffice to say the ending was brilliant – a real surprise and twist for me.

A really brilliant addition to a series that just seems to be getting better! I’m looking forward already to see where Frankie turns up next – whether they want her help or not.

Gripping and highly recommended from me. 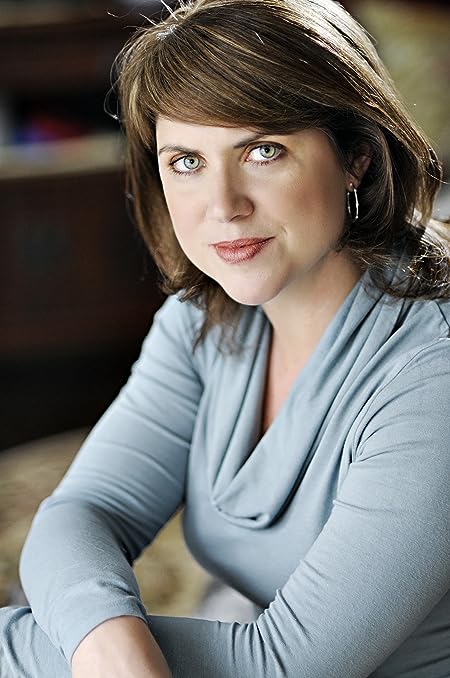 New York Times #1 bestselling crime novelist Lisa Gardner began her career in food service, but after catching her hair on fire numerous times, she took the hint and focused on writing instead. A self-described research junkie, she has parlayed her interest in police procedure, criminal minds and twisted plots into a streak of bestselling suspense novels. Her 2010 novel, THE NEIGHBOR, won Best Thriller from the International Thriller Writers. Most recently, she was honored with the Silver Bullet Award for her work with at-risk kids and homeless animals. Lisa loves to hike, travel the world, and yes, read, read, read!

Readers are invited to enter the annual “Kill a Friend, Maim a Buddy” Sweepstakes, where they can nominate the person of their choice to die in Lisa’s latest novel. People have nominated themselves, spouses, bosses. It’s cheaper than therapy and twice as much fun! For more details, visit Lisa’s website.

Lisa’s latest novel BEFORE SHE DISAPPEARED, is available January 19, 2021. Meet Frankie Elkin, an everyday average woman who specializes in finding missing people. When the locals have given up, when the media has never bothered to care, Frankie takes on the challenge. Her latest mission has brought her to Mattapan, Boston to find a missing Haitian teen. Eleven months later, Angelique Badeau’s disappearance remains a mystery. What happened to the quiet, studious teen? Frankie learns quickly the dangers of asking too many questions, but that won’t stop her from discovering the truth behind what happened BEFORE SHE DISAPPEARED.