Welcome to my stop on the blog tour for A Murder at the Castle by Chris McGeorge.

A Murder at the Castle was published on 10th November 2022 by Orion books. 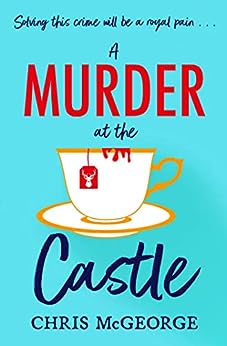 During a violent snowstorm, the Royal Family gather at the Castle for a traditional Christmas together. Amid rumours that he plans to name a new successor, King Eric stands to make his traditional after-dinner speech. He sips from a glass of his favourite whisky- and drops dead.

The king has been poisoned, and only one of the royals could have done the deed. Trapped by the raging blizzard, it is up to Eric’s beloved head chef, Jonathan Alleyne, to play detective and get to the bottom of this heinous crime.

Jon is determined to expose the truth, even if it puts him in grave danger, and threatens to shake the entire monarchy to its core…

A big thank you to Tracy Fenton and the publisher for issuing me with my review copy of the book and for inviting me to take part on the blog tour.

A Murder at the Castle is a brilliant new take on the royal family and their reign. In this book, the abdication never happened and we have a new line of members of the Windsor royals. King Eric is currently on the throne and there are rumours he is to step down and name a successor. These rumours are only heightened when during their Christmas break at Balmoral, the King announces he wishes the celebration to be a strictly family affair, with only his faithful chef Jonathan Alleyne and a lone member of security at the castle. When things turn incredibly sour and seemingly on his own with an unknown murderer, Jon has to turn detective before the killer strikes again.

I really enjoyed A Murder at the Castle and loved learning about the family, King Eric does genuinely seem like a good monarch although the same cannot be said for some of his close family! I think the author has done a brilliant job in maybe using some of the characteristics of real members of the Windsor family, although it maybe up to you as the reader to work out who! To keep it balanced there are some nicer members of the family who almost feel overwhelmed about their family and duty and you do begin to feel just how daunting being a member of this family really is.

Jon, as our main character and detective is brilliantly flawed. A detective he is not but he does become more confident later on in the book. We do get little glimpses of his life as a young boy and how he came from very humble beginnings and was raised mainly by his grandmother and how he eventually became the head chef and somewhat confidant of the King. I think learning about his past explains his confidence issues.

The ending is something that I think will divide people but I found it very clever and made me want to read again to see if I could pick up any of the clues scattered!

Very enjoyable but I would expect nothing less from Chris McGeorge. 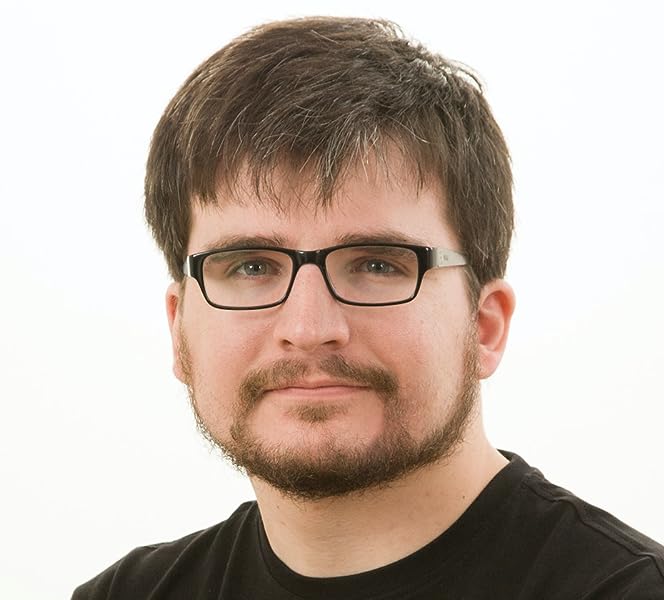 Chris McGeorge has an MA in Creative Writing (Crime / Thriller) from City University London where he wrote his first crime novel Dead Room for this thesis. He constantly told stories from a young age, whether they took the form of comics, short stories or scripts.

He is a lover of Golden Age crime, like Christie and Conan Doyle, leading his crime stories to be a mix of the old and the contemporary. He likes weird and wonderful plots, with plenty of intrigue and twists.

His often coherent ramblings about everything pop culture can be found on his blog Festival of Blood and occasionally he produces the Sarcasmicast podcast with a group of friends.

Christmas at Sandringham is going to be murder . . .

The Queen identifies the 70-year-old victim, Edward St Cyr, from his signet ring. But the search for his killer is not so straightforward. Suspects include the Queen’s horse groom, a shady land agent, an aristocrat neighbour, as well as the victim’s many cousins and relations.

The investigation leads the Queen – and her trusted assistant, Rozie – to a local pigeon racing club, back to London, and to the ancient, moated Godwick Hall. But how do the seemingly disparate pieces of the puzzle fit together? And who is the next victim?

A big thank you to Tracy Felton and the publisher for issuing me with my review copy of the book and for inviting me to take part on the blog tour.

Murder Most Royal is the third installment in this series which features the Queen and her assistant Rozie as they look into a murder a little too close to home. I have read the other books in this series and really enjoyed them, they are just what I needed to read and kept me entertained throughout. Obviously with the Queen recently passing away, I felt this was the perfect way to honour her memory.

The action (as in the other books) starts straight away and we are quickly thrown into the action with a human hand and a bag of drugs (in a carrier bag nonetheless!) being discovered by a dog walker. When the Queen and Rozie, learn about this, they begin to quietly investigate and no one is more surprised than Rozie when the Queen is able to identify the hand, something the police were still looking into. All because of a family signet ring. As the Queen knew the victim, Edward St Cyr, (since he was a childhood friend of Prince Charles) she is even more determined to learn the truth about what had happened and why the victim was missing his hand….

This series is absolutely wonderful and I love the familiarity and warmhearted friendship that the Queen and Rozie now have, built up over the series. Prince Philip is again in the book and the way he is written is just how I imagine he was in real life with his putdown wit! The murder and the plot was very engaging and I couldn’t put it down once I had started. I did change my mind a few times due to the twisty red herrings we were served with and thought the end reveal was perfect.

A perfect cosy mystery that is my favourite in the series – hopefully there are more to come! 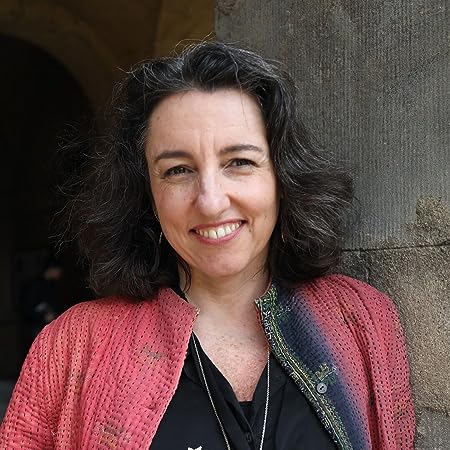 SJ Bennett was born in Yorkshire, England, and travelled the world as an army child and a student of languages. After various jobs as a lobbyist, strategy consultant and start-up project manager she wrote several award-winning books for teenagers before turning to adult crime novels with the Her Majesty the Queen Investigates series.

She lives in London and has been a royal watcher for years, but is keen to stress that these are works of fiction: the Queen, to the best of her knowledge, does not secretly solve crimes. Although, if she did, it would probably be a bit like this …

Welcome to my stop on the blog tour for The Christmas Castle in Scotland by Julie Caplin.

The Christmas Castle in Scotland is published on 31st October 2022 (today!) and will follow in paperback on 10th November 2022.

Izzy McBride had never in a million years expected to inherit an actual castle from her great uncle Bill but here she was, in the run up to Christmas, Monarch of her own Glen – a very rundown glen in need of a lot of TLC if her dream of turning it into a boutique bed and breakfast was to come true.

But when Izzy’s eccentric mother rents a room to enigmatic thriller author Ross Adair and the Scottish snow starts to settle like the frosting on a Christmas cake, it’s a race to get the castle ready before they’re all snowed in for the holidays.

A big thank you to Rachel Gilbey and the publisher for issuing me with my copy of the book and for inviting me to take part on the blog tour.

I think this may actually be my first Julie Caplin book (sorry!) but what a lovely festive one to start with! We are introduced to Izzy who has just finished a cooking course in Ireland in preparation for her new adventure which involves a slightly run down castle recently inherited for her great uncle and her attempt to turn it into a a luxury bed and breakfast celebrating the Scottish culture. As we quickly learn, things aren’t quite as straight forward as Izzy hoped. Her mother Xanthe appears to be at the helm of things and has managed to rent out one of the rooms to a moody writer as well as renting out the unfinished castle (with added leaking roof) to some guests who are wanting to celebrate an authentic Scottish Christmas with a celebrated chef – who Izzy learns is herself!

I absolutely loved The Christmas Castle in Scotland from the first page and grew quite attached to Izzy and the extended family that all turn up during the run up to Christmas. There is everything you need in this book – snow, a rugged and moody writer, lost treasure and a pair of young newlyweds living in a tent in the grounds that kept me reading whenever I had a spare 10 minutes. The tension between Izzy and Ross is just perfect and I enjoyed learning more about their pasts and their initial frostiness with each other.

The descriptions of the castle were perfect and I felt as though I was actually there witnessing the festive fun. A beautifully written book that would be ideal to read over the Christmas break!

Highly recommended from me.

Julie Caplin is addicted to travel and good food. Formerly a PR director, for many years she swanned around Europe taking top food and drink writers on press trips (junkets) sampling the gastronomic delights of various cities in Italy, France, Belgium, Spain, Copenhagen and Switzerland. It was a tough job but someone had to do it.

These trips have provided the inspiration and settings for the best selling Romantic Escapes Series which began with The Little Café in Copenhagen, which was nominated for a Romantic Novel of the Year award. Since then she has set books in countries including to Brooklyn, Iceland, Japan and Paris and they have been translated in 19 territories from Brazil to Sweden and have been bestsellers in the Czech Republic, Germany and Italy.

The latest book, number 9 in the series The Cosy Cottage in Ireland was published in September 2021. There are plans for further Romantic Escapes, the next of which, The Christmas Castle in Scotland, will be released in Autumn 2022.

She also writes best selling novels as Jules Wake, which include Covent Garden in the Snow, Notting Hill in the Snow, The Saturday Morning Park Run, From Italy with Love and The Spark.